”Every single contemporary voice with a legitimate claim to the field of dog behavior and training has researched, demonstrated, stated, written and repeated, unequivocally, that punishment-based training and pain-inflicting tools that support such training beliefs are out of place in the dog and animal training community, and are not only ineffective in comparison to more humane and science-based training methods, but in fact can exacerbate existing behavioral problems, create new ones, and cause physical and psychological damage to the dogs involved. ”

So a man walks into a bar and sees a dog sitting at the counter.  He turns to the dog and asks, ”So what do you think about all the controversy surrounding the best methods and tools for training dogs?”

The dog takes a sip of his beer, briefly licks his butt, and replies, ”What controversy?” 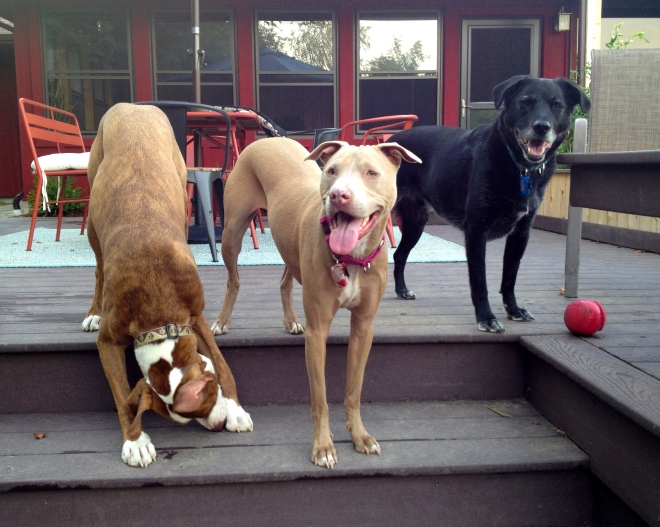 This past spring, Adam Frank–an astrophysicist–wrote for NPR about a conversation he’d had on a plane with a fellow passenger about the fact that while the public and political spheres continue to argue endlessly about whether or not climate change is real, the scientific community involved in the daily practice of climate study has been working on its consensus piece on the subject for well over a decade.

In other words, while the nonscientific community has been busily shouting away, creating controversy, inciting anti-scientific skepticism, and creating an unmatchable din that…

En tanke på “”Hey, have you heard the one about climate change and dog training?””